This must be Thursday. I never could get the hang of Thursdays. –Douglas Adams 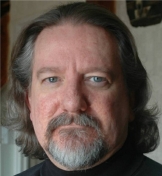 David Bridger settled with his family and their two monstrous dogs in England’s West Country after twenty years of ocean-based mischief, during which he worked as a lifeguard, a sailor, an intelligence gatherer and an investigator in the Royal Navy.

This week my guest is David Bridger, author of the YA Paranormal, Gifted.

David writes science fiction and fantasy novels for adults and teens, and sometimes they’re informed by his navy experiences out on the crinkly blue.

(**For a chance at this week’s prize, a copy of Gifted, please play Lie-dar by leaving a comment with your guess about which is his truth)

When sixteen-year-old Jessica’s reclusive great-grandfather bequeaths her a haunted castle in the Welsh borderlands, she’s thrust into a world of hostile strangers, troublesome Romany tenants, and a strange gift that shows her disjointed visions of the past. And that’s only the start of it. She thinks she’s going mad, until old family stories and the superstitious fears of locals convince her that something sinister really is going on at Kidd Castle, and all the while the gift keeps drawing her deeper into the secrets of her ancestors.

The only person who seems to understand what’s happening to her is the young Romany street artist, Joe. In the face of deadly danger to them and their loved ones, Jessica and Joe must master the gift before the past imposes its terrible will on the present. 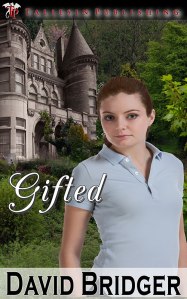 Four weeks ago she was a normal schoolgirl looking forward to the summer holidays. Now she’s her family’s only hope, with several lifetimes of experience in her memories and a dangerous battle ahead.

A few weeks ago, Joss Whedon made movie news with the direct release to fandom of his Tribeca-premiered new movie, In Your Eyes. It had a cute meet between two quirky costars, Whedon’s trademark trope-juggling, and Sure Thing written all over it. Certainly the trailer sounds great—two kids from opposite sides of the country who are different in almost every way (except, of course, for being young, attractive, and white), who can see through each other’s eyes. How many places could you go with that premise, from criminal masterminds, to pushing boundaries of personal identity, to exploring the fun-sounding but possibly completely creepy reality of literally being in another’s head. No such luck. The only exploring they do is to view their by-the-books typecast supporting cast who Don’t Understand Them, followed by the obligatory mutual masturbation scene (betcha just didn’t see that coming…). These two are so completely wet that you could throw both against the wall and they would just make a squish sound as they oozed downward.

But here’s great news! Before you plunk down that $5.00 for 106 minutes you’ll never get back, you could save half and get David Bridger’s amazing new novel, Gifted, which explores the same premise. Only Bridger gets it right. Until the day her world changed completely, sixteen-year-old Jessica always felt she belonged in a mysterious castle she’d only seen in dreams and visions. Then she discovers that the grandfather she’d never met had in fact left her that very castle. In addition, she inherits the family gift – or is it a curse?—that lets her see through the eyes of past relatives. Firsthand, she experiences their emotions, the ways they’ve used their Gift for good, and the ways they’ve been corrupted by it. She learns that her gift, as well as her experiences, are shared by Joe, a young Romany artist. Increasingly, they become aware that there is a malevolent force also sharing their experiences.

Bridger weaves the story across time and generations, building a picture of the family but also a growing sense of the evil that corrupts them. The main character, Jessica, is an irresistible force. She’s brave, independent, irreverent,vulnerable, and fiercely protective of those she loves. As she and Joe inevitably draw closer through generations of shared experiences, she’s not blind to the frightening side of their Gift. The story of their growing relationship, as well as their increasing contact with the evil that shares their joint awareness, is a carefully drawn escalation. As the characters emerge through the family history, we see them grow, stumble, and often succumb to the evil that shares their Gift. But we also sense Jessica’s presence across time, her growing understanding of the enemy she faces, and the feisty, resilient spirit she brings to the equation.

My only complaint, and it’s a minor one, is that I wish the evil entity was less of a shadow. Bridger leaves us clues, but frankly this book had me racing through the pages so fast that I’m afraid I missed most of them. If you can make yourself set the tale down long enough to follow his breadcrumbs, you might see the ending as inevitable. And while I think it could have been stronger if we just had more glimpses of the villain, I enjoyed seeing the final confrontation play out.

So do yourself a favor. Forget about the big budget movie, and read Gifted. You’ll be glad you did.

I asked David if he were to get a tattoo, what would it say or what would the graphic be?  Which of the following is his actual answer?

Please add your guess to your comment below, and you will be entered to win a digital (eBook) copy of David Bridger’s new YA paranormal, Gifted. Winner will be announced next Thursday, May 15.
And congratulations to Diane Saxon, who correctly guessed on last week’s Lie-dar that Daisy Banks would NEVER spill her G&T, even for Sean Connery himself. Diane wins a $20 Gift Card from Amazon plus a copy of Daisy Bank’s historical romance, A GENTLEMAN’S FOLLY

***Would you like to be a guest on Thursday Lie-dar? I’d love to feature you and your work here! (interview, contest, book review, guest post) For information, send email to barbtaub@gmail.com***