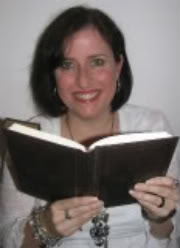 Diminutive English rose, JL Simpson, was stolen away by a giant nomad and replanted in a southern land filled with gum trees and kangaroos. She quickly grasped the meaning of G’day and mate whilst steadfastly refusing all attempts to convert her to Vegemite.
She loves sharing tales about unexpected twists of fate. Holding on to a steadfast belief every obstacle can be overcome, she spends her moments of solitude creating adventures where mystery and mayhem collide.

I’m so happy to welcome back JL Simpson, and especially Daisy Dunlop, star of the Daisy Dunlop Mysteries. (Please see my interview with the author, plus review of her first book, Lost Cause here.)

How to read a Daisy Dunlop Mystery

Here’s the problem. If I start reading a Daisy Dunlop Mystery, I really don’t want to stop. Once I’m sucked into the maelstrom that is the Daisy Dunlop thought process, I don’t want to interrupt for irrelevant details like family, job, or friends. So as a public service—and because the next book in the series, Lost & Found, has just been released—here are my recommended steps to optimize your Daisy Dunlop Mystery reading experience.

Following the above steps, I was able to finish Lost & Found in one, somewhat pickled, session. You’re welcome.

Hot on the success of her first case, Daisy Dunlop can count the offers of work on one finger. An empty bank account and the need to prove to her business partner, PI Solomon Liffey, that she is an asset not a liability, calls for drastic measures. Terror has to be overcome as she answers a plea to find the one thing that gives her night sweats and flashbacks. A dog. A missing stud poodle to be exact.
Solomon’s amusement at Daisy’s new case is short lived when the arrest of his former girlfriend, Lisa, leaves him with the fulltime care of his young daughter, Molly. A body is discovered in Lisa’s bed. Now he needs to help find the murderer before Molly’s safety is compromised.
When Daisy realises the dead man is linked to her current case, and the body count rises, Solomon and Daisy are forced to work together to find the killer. Would the sexual prowess of a poodle really incite someone to murder, or is the real motive hidden somewhere in Solomon’s secret past?

My Review: 4 out of 5 stars for Lost & Found by JL Simpson

In this character-driven humorous thriller, Daisy is a one-woman/curvy/strawberry-blonde/bombshell/force of nature. She can’t hold a job, can’t cook, and has a strange sense of dress. Her trademark charm, humor, and joy in life can send any situation spinning out of control, threatening her and hapless partner Solomon with danger, and even chance of death, but just as often providing the clues needed to solve the case.

In the first Daisy mystery, Lost Cause, we learned that after several attempts to settle on a career, Daisy Dunlop had decided to become an heir hunter. Her beloved husband Paul supports this plan, but insists that she train with his best friend, the enigmatic Solomon, a private detective. Lost & Found picks up the story with Daisy on the trail of a missing champion purebred poodle, while Solomon takes on full-time parent duties for three-year-old daughter Molly when his former girlfriend is arrested. As he investigates, both he and Daisy realize that their cases are starting to intersect even while the dead bodies multiply.

As with the previous book, I loved all the scenes with Daisy. When she’s in the driver’s seat, the witty banter, loving and R-rated relationship with her husband Paul, and even the way they wind up teenage son Sherman (“Ew. God, Dad. Ew! I don’t want to be thinking about Mam and you naked all day.”) are dead on.

There were a couple of things that didn’t ring absolutely true to me this time. Daisy’s banter and inner monologues were always entertaining. But some of the other characters just didn’t sound like they could possibly be real. For example, I find it hard to believe that lowlife drug-dealer Nobby (even in disguise) would greet a woman with the words, “Scarlett, you’re stunning.” Also, there were a couple of plot holes. For one thing, I couldn’t tell if they ever found Johnny, the lost poodle. By then, of course, there were much bigger issues, but I still worry about poor Johnny.

My other problem was with the character of Solomon. Back in Book 1 when he was a dark, tortured, enigmatic soul (ie we didn’t hear from him as much), I liked him better. In Lost & Found, we spend more time in Solomon’s head. I enjoyed seeing him try to come to grips with full-time fathering, but actually…it seemed to consist of getting other people to handle that for him, while he kept getting distracted by potential sex partners, and even sexual fantasies about Daisy, his off-limits best-friend’s wife. (Frankly, despite a sizzling shared kiss, I liked it better when she was shooting him in the arse.) Most troubling of all, when Solomon realizes that he doesn’t have the resources in place to take care of a toddler, he contemplates returning little Molly to her mother—a drug-addicted mess whose latest lover has just been killed in a deal gone bad. 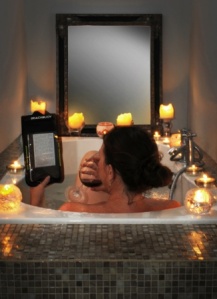 I’ll just wait here for the next Daisy Dunlop book…

Overall, given the terrific character-driven plot and flawless pace, and the way Daisy’s presence lights up any scene she’s in, I would give Lost & Found a solid four stars. And of course, I can’t wait for the next volume in the series. Daisy is clearly not finished torturing Solomon. And given his most recent behavior, he’d be well-advised keep his derriere out of her target range.

*I received this book for free from the publisher or author in exchange for an honest review. This does not affect my opinion of the book or the content of my review.*