The Soulless are coming.

The cover of Soulless—Book 2 of Crystal Collier’s best selling YA dark fantasy series, The Maiden of Time—is the exception that proves the rule. It’s a gorgeous collection of images that tell so much about Alexia: heroine, time traveler, lover, bride.

When Alexia’s wedding is destroyed by the Soulless—who then steal the only protection her people have—she’s forced to unleash her true power and risk losing everything.

Alexia manipulated time to save the man of her dreams, and lost her best friend to red-eyed wraiths. Still grieving, she struggles to reconcile her loss with what was gained: her impending marriage. But when her wedding is destroyed by the Soulless—who then steal the only protection her people have—she’s forced to unleash her true power.
And risk losing everything.

Review: 5 out of 5 stars for Soulless

In my review of the first book of this series, Moonless, (and yes, I’m sorry, but you really should read Book 1 first), I explained that until she turns sixteen in 1768, Alexia Dumont leads a life of aristocratic privilege and expectations. But she knows herself to be beyond unattractive, an ugly child whose parents have sheltered her from the world. She’s unprepared for the shock on her sixteenth birthday when her appearance changes to unearthly beauty.

Alexia is more concerned with her prophetic dreams that foretell death, including her own, but also offer glimpses of a man with dazzling blue eyes. She discovers she’s actually a child of a mysterious race who call themselves the Passionate. Their compelling beauty and other gifts make them targets of the Soulless’ endless hunger as they prowl for victims on moonless nights. Alexia falls in love with Kiren, the blue-eyed man from her nightmares, but the cost is the devastating loss of almost everyone and everything she’s ever loved, including the aunt she views as sister.

Book 2 picks up the story as eighteen-year-old Alexia prepares for her wedding with Kiren. The Soulless attack, preventing the wedding and stealing the only weapon Kiren has been able to wield against them. In the ensuing confrontations, Alexia struggles to make sense of her relationship with Kiren, her feelings of friendship and responsibility for the other Passionate, and her guilt over the loss of Sarah—aunt/sister/best friend.

While the first book of this series, Moonless, was well-written and compelling, I thought it had a few weak moments and issues. But with Soulless, the story comes completely into its own. Crystal Collier’s densely gorgeous prose fits beautifully within her victorian-gothic setting without directly mimicking Jane Eyre or other Brontë heroines. For example, two paragraphs into Chapter One, Collier not only tells us everything from the date to the scene, but she also sets the mood and gives us a snapshot of the young heroine:

“Lace curtains scattered shadow creatures across the wood floor, twisting them in a late summer breeze from the unlatched balcony door. Specters clawed at the pastel walls, up a bureau, and over a wardrobe of fashionable clothes for 1770. Costumes. Façades. Pretensions.

She sat up in the bed she’d used all eighteen years of her life. Father slumbered at the other end of the too-empty estate, too far away to call for help.”

One of my complaints about the first book was that the hero, Kiren, was not as three-dimensional as I could have hoped. But that is certainly addressed in Book 2. We see his self-doubts and mistakes, and catch glimpses of what proves to be both his strength and his flaw—the conviction that he is responsible for everyone else, and that he has the right to withhold information when he thinks it will only upset them. Although I started to feel that Alexia should bag such a one-sided relationship, as the story and characters developed it became clear that she was the one who would grow into the responsibility and heroism that Kiren so badly wants to embody.

Other supporting characters showed similar strengths and flaws. Kiren’s young ward Miles is a tragic hero who cuts himself off from everyone he loves to protect them. The grey-haired “runner” Lester is both selflessly devoted to Kiren, kind to Alexia, and the viciously unrepentant torturer of the demonic child Belleza.

One measure of a work is its villains. The voracious hunger of the Soulless is balanced by individual portrayals of characters such as the lost Sarah and her beloved John. And of course, there is my favorite, the irresistibly psychotic demonic child Bellezza. As she continues to both save and cause the deaths of Passionate and Soulless alike, we find out more about her horrific background that explains (even if it doesn’t justify) her actions.

The action is almost nonstop, but it builds in two ways. First there is the conflict that—with the loss of their one weapon—threatens to destroy all Passionate. But just as compelling is Alexia’s growing, heartbreaking realization of what her role must be as the Maiden of Time.

So yeah. This. If you like YA, atmospheric romances, brave heroines, and beautifully written prose, you can’t do better than Soulless. But I warn you: this series is habit-forming. You’ll join the rest of us in stalking Crystal Collier on her wonderful blog as we wait for Book 3. 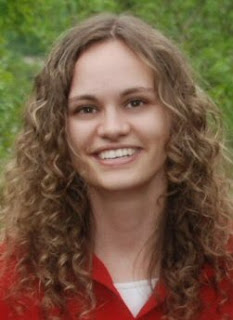 ❀ Unleashing the dream world, one book at a time ❀

Crystal Collier is a young adult author who pens dark fantasy, historical, and romance hybrids. She can be found practicing her brother-induced ninja skills while teaching children or madly typing about fantastic and impossible creatures. She has lived from coast to coast and now calls Florida home with her creative husband, four littles, and “friend” (a.k.a. the zombie locked in her closet). Secretly, she dreams of world domination and a bottomless supply of cheese. You can find her on her blog and Facebook, or follow her on Twitter.

Even though WordPress doesn’t let me post the actual rafflecopter giveaway graphic, all you have to do is CLICK THIS LINK FOR A CHANCE AT THESE BLOG TOUR PRIZES: a Rafflecopter giveaway. What are you waiting for? Click and you could be winner of one of these prizes: