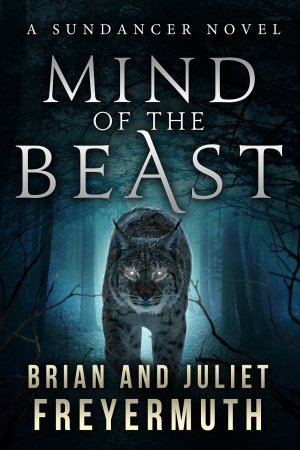 The flaming teddy bear sailed through the air like a cute and fluffy Molotov cocktail.

When a vampire asks Nick St. James to investigate his friend’s murder, the answer should have been easy, right? NO. Okay, not so easy. How do you say no to a friend like Felix?

Besides, with Thelma by his side, what could go wrong? She’s got that, umm … cute pink backpack of Voodoo magic. Of course it hurts that she manages to look good even when she accidentally conjures and gets possessed by a drunk loa. No, it won’t be at all distracting to have her along.

Since no good deed goes unpunished, a crazy man with starry eyes jumps out of the shadows at the victim’s apartment and pummels them. Their attacker doesn’t just beat them up but also infects them with some bad mojo that’s killing Thelma and making Nick angry … angrier.

If the trail to the suspect—the Green Man—is any indication, they’ll be killed before the poison finishes the job. The old gods are more dangerous than helpful. The Watchers—even the one who seems to have a brain—are always a hazard. And what’s with the all the minions? Who has minions anymore? Not to mention the rapid progression of the infection that quickly upgrades Nick’s condition to ‘blind-rage-filled.’

Why couldn’t Felix have just asked Nick to help him move?

My review: 5 out of 5 stars (plus a venti latte) for Mind of the Beast (A Sundancer Novel Book 2) 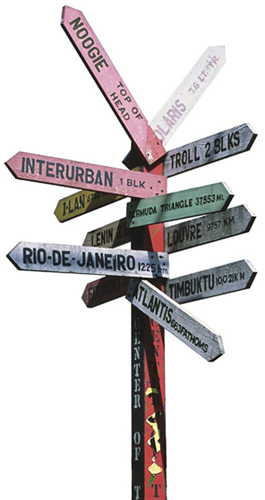 Recently when I reviewed Demon Dance, the first book of Brian Freyermuth’s Sundancer series, I said that it nailed three of the things that define me—Seattle, coffee, and writing. My only complaint was that I wanted to know what came next. Just a few simple questions, and then I’d be satisfied. Why is Nick called Sundancer? Why the hats? What’s with the Hunger, the Pain, and all that meat?

Thank heavens—or at least Amazon—for instant gratification, because the next Sundancer book, Mind of the Beast, is already out. And this time, Brian has been joined by his wife Juliet as co-author. Protagonist Nick “Sundancer” St. James is still the same slightly clueless, unwilling hero. But his days of self-enforced isolation and living with the despair and guilt of losing his wife Ann, are coming to an end. That might be due to his admission of friendship for a very few: vampire Felix, Voodoo priest Jake, and especially Jake’s half-sister Thelma—barista and owner of one pink Supergirl backpack of magic-to-go.

Despite facing down the King of Hell with help from Jake and Thelma in Book 1, Nick still tries to claim that he’s just a writer. But even he knows the truth: when you only have three friends (four if you count the sister-in-law who keeps dying), you’re going to help out when one of them is in trouble. So Nick agrees to look into the murder of Felix’s gaming buddy. He answers Thelma’s call for help when the demon she summons gets out of control. And—because he’s Nick, and because it’s Seattle—he plunges straight into a world of ancient gods, eco-terrorists gone insane, and a coffeeshop which serves excellent lattes to satyrs wearing UW sweatshirts.

As with the previous book, Demon Dance, I loved the gritty noir voice of Nick’s monologue that placed him firmly in the ranks of reluctant heroes from Philip Marlowe in Maltese Falcon to Marv in Sin City

I could go into more detail about the number of ways Nick gets beaten to a pulp—and the number of nonhuman creatures doing the beating. You’re just going to have to take my word for it that they are startling and varied. Instead, what I really found myself thinking about as the book progressed was the power of memory. There are three main ways memory is used as a weapon. (And yes, I’m using bullet points here. But before those of you who read this blog regularly get on my case, please let me point out that it is only a tool of the devil if they are in a powerpoint presentation. Deal with it.) Back to the bulletpoints and the three uses of memory:

In the finest of detective traditions, these forces combine with Nick’s quest for the killer, and for a way to cure the supernatural infection destroying ancient gods before it kills Thelma and Nick himself. I have a couple of small complaints, of course. The cover of the first book was perfect. This one? Not so much. Plus there were one or two little red herring clues (I think) such as the references to Gilbert & Sullivan when Felix uses a ticket to the Pinafore to give the information about his murdered friend, while Thelma has posters of the Mikado and Pirates of Penzance in her office. Also, there is a long episode with a kind of super-Yoda who speaks pretty much in fortune-cookie maxims that just didn’t do it for me.

But even if Mind of the Beast simply consisted of the rollercoaster thrill ride of a plot combined with the sweetly developing romance between Nick and Thelma, plus the way both of them grow enough over the course of the book to draw strength from their knowledge of themselves and even from their failures, it would be a five-star read. Combine that with the pieces that draw me personally—riffs on coffee, Seattle, and writing—and this moves into my read over and often category.

Check out my interview with Brian Freyermuth here

After 18 years of marriage, Brian and Juliet Freyermuth decided to try something crazy; write a book together.

Brian’s writing is not limited to print. For twenty years he wrote and designed games such as Fallout, Star Trek: Starfleet Academy, Epic Mickey2 and Lichdom: Battlemage.

Juliet’s love for writing began with a fourth grade assignment. She has been writing ever since. Her writing took a new direction when she enrolled in journalism and met amazing people. Whether it is an article about anthropology or a hero’s journey in a magical world, she hopes to inspire readers to new possibilities. When Brian and Juliet aren’t writing, they enjoy reading, watching shows like Persons of Interest, and going on road trips with their son, Kyle.