The next book in the Null City series, Round Trip Fare, is coming soon from Hartwood Publishing.

Blurb: Carey Parker knows superpowers suck. From childhood she’s had two choices—master the powers of her warrior gift, or take the Metro train to Null City and a normal life. After one day there, imps become baristas, and hellhounds become poodles. Demons settle down, join the PTA, and worry about their taxes. There are just a couple of problems with either option. Her parents have been killed, her brother and sister targeted. The newest leader of the angels trying to destroy Null City might just be the one person she loves most in the world. And her sexy new partner’s gift lets him predict deaths. Hers.

Click here for a sneak preview of ROUND TRIP FARE. 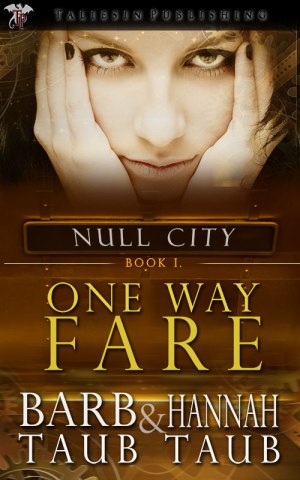 Someone should have told them the angels were on the other side.

Outside of Null City, now that the century-long secret Nonwars between Gifts and Haven are over and the Accords Treaty is signed, an uneasy peace is policed by Wardens under the command of the Accords Agency. TALES FROM NULL CITY: includes “Payback is a Witch”, and “Just for the Spell of It”, plus DON’T TOUCH: Hope flares each morning in the tiny flash of a second before she touches that first thing. And destroys it.

A Blog here to Serve