With Veteran’s Day coming on Wednesday, I’d like to rerun a post from a few years ago in memory of my father, “our” veteran. And more importantly, I invite all to thank a veteran for their service and their sacrifice—both on Wednesday and every day.

Heroes may not be braver than anyone else. They’re just braver 5 minutes longer.
― Ronald Reagan

When I was little, I found out about heroes. They are the ones who fight the biggest dragons, win the prettiest princesses, and save the best kingdoms in the end. This didn’t surprise me in the least, because I knew someone who was a hero – my father. My mother told me.

As I got older, this belief was shaken a bit. It didn’t seem like it was a hero’s work to fix toilets, keep old cars running, and take your (ten!) kids out for ice cream after dinner so your wife could rest. But I was wrong. That is exactly what heroes do. Then they go to work every day, put each of those ten children through college, and make sure they get a good start in life.

But heroes also answer the call when there are other kingdoms to save. There are not many left of the ones who answered during the Second World War, but my father was one of those too. Don’t get me wrong. He didn’t like war or approve of something that took him away from the college education he craved. For years he never discussed it. Finally, he wrote a couple of letters and we learned a little about his war as Tech Sergeant Robert Figel, Radio Operator Gunner on the B-17 Flying Fortress Nobody’s Baby. That was until Nobody’s Baby lost first one engine and then another during a mission over Germany. Their goal was to make it to Switzerland because rumor had it that if you were there for the duration, you were paid well and lived like kings.

When they lost the third engine, it became clear that spending the rest of the war on vacation in Switzerland wasn’t going to happen. So Plan B was to at least make it out of German territory. With one remaining engine, the crew frantically threw everything they could unbolt off the plane to lighten the load.

“We had to drop the ball turret and everything we could drop because we were essentially down to one engine by the time we were going in for a landing.”

But they made it behind Russian lines. The entire ten-man crew, all under age 22, walked away from Nobody’s Baby – and into locals who stripped them of their fur-lined flight gear and gave them local clothing.

Finally they made it back to Italy, but replacement uniforms were not available.

“This one officer came by – I presume he must have been regular Army because he was so rigid – West Point kind of thing. He was so furious with me being out of uniform, and he wanted to know where I was based. So I told him Naples. Then I told him he better hurry because our base was moving to Marakesh, Casablanca, and then Dakar. And then moving again… He asked, “Are you in the American Army?” I said, “Well, yeah.” You know, I was willing to be compatible for a war, but about that time I felt it was a Boy Scouts sort of thing, and I didn’t get all that enthused.”

We asked him if he missed anything about the war and he answered seriously.

“This is the frightening thing about war. I have heard it described as a narcotic, a drug that catches up with everyone and under the fervor of patriotism gets them all enthused. That’s fine when a job has to be done, but war is to be avoided as much as possible.

“In all the time in the War there was never a thought of it ending. We didn’t have access to newspapers or radios so we really did not know what was going on. The end was so casual. One of the guys was walking along and said that Germany surrendered…Looking at it now, I wonder why I was not more enthused about it. The crusade syndrome: through the ages all young people want wars. Yet there was not much of that. People were not negative about the war, but it was accepted as something that had to be done.

“Really, it was a time when the country experienced its finest hour, with exceptional cooperation from the whole country. Wherever I went people were doing their best to mentally and physically support the war effort. I think of this sometimes when I see so many that do not vote. What a contrast to citizenship during the War and now.”

NOTE: When I wrote this post, my father’s health was failing. His memory wasn’t what it used to be. But he was still and will always be my hero. I thank him, every member of our armed services, and all their families for their service. You are all my heroes.

Courage is almost a contradiction in terms. It means a strong desire to live taking the form of readiness to die. -G.K. Chesterton 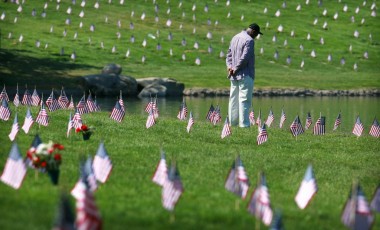 20 thoughts on “Thank a Hero, #VeteransDay”