One of my new favorite Halloween haunts here in Scotland is the tiny black ghost kitten who roams the St. Enochs station platform of the Glasgow subway (third oldest underground metro in the world)
[image credit: Millard Fillmore’s Bathtub]

I love Halloween. And by that I mean, of course, I love the excuse to buy massive bags of candy bars in make-it-through-the-zombie-apocalypse quantities, and not in those little wuss-bar sizes either. Cause I’m ALL about the kids.

But I didn’t know how it works here in Scotland, so I consulted the brain trust: unsuspecting strangers who talk to me at the park. No, I know what you’re thinking. It’s the UK. When you see someone you know, you turn around and walk immediately in the other direction on the off-chance that they might want to talk to you. It has absolutely nothing to do with whether or not you like each other. You probably do. But that still doesn’t mean you can talk in anywhere in public except for a pub.

The one exception to that rule is my secret weapon. My little dog. There is absolutely no card-carrying resident of the British Isles who won’t stop to tell me that she’s a fine wee doggie. And then they’re mine for as long as it takes me to ask my question. So this week it was about local Halloween customs. To my surprise, I found that the local tradition of “guising” (as in dis-guise) predates American trick-or-treat. Children dressed as witches or ghouls are expected to recite some song or poem in return for treats and money. Excellent.

[Update: last year, 100% of the children who came to our door performed the song from Frozen. Do kids even know any other songs?] 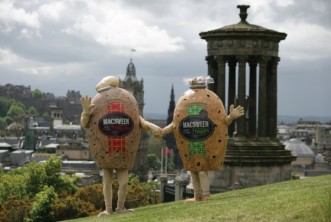 Only… I’m just not sure I have enough chocolate for every kilt and child in Glasgow. So whilst (you get to say whilst here) my fine wee doggie and I are off buying more Cadbury, I’ll reblog last year’s Halloween column below. (Clearly, I haven’t gotten any better at this whole mothering thing in the interim…)

HALLOWEEN REPEAT: Another blast from the past column which  originally appeared in the Champaign-Urbana News Gazette,  October, 1991
*** 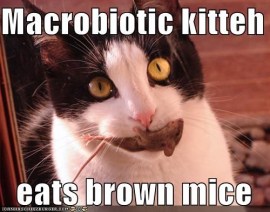 I used to be a good mother.

Before the birth of my first child,  I read thirty-seven instruction manuals warning of her possible future as an ax-murderer or Republican if I failed to diaper, dress, or dose her with natural fibers. I followed their instructions until that fateful day early in her second year when my husband took her into Chez Mac’s to escape the rain. By the time I got there, it was too late: he had bought her an ice-cream cone. She was having a spiritual experience. Through the chocolate, I could see her thinking, “This stuff was out there and I’ve been eating pureed yams?”

It was all downhill from there. Of course, I tried to keep up appearances. But the problem was that although my kids hadn’t read my Raising-the-Macrobiotic-Whole-Child manuals, each of them carefully studied the cultural treatises known as commercial advertising. Results?

I asked myself, “If my children are fed, dressed, and entertained by a bunch of men on Madison Avenue, how come none of those guys are ever around when a table, toilet, or tush needs to be swabbed?” Mothering tip: talking to yourself is a common side-effect of motherhood. Generally speaking, bystanders will be more comfortable if you buy a small dog and pretend to address all comments to it while in public. (You should be concerned, though, when you start getting answers.)

Luckily, there are a few days in our child’s year where the compulsive guilt-driven mother gets the chance to really go all out: birthdays and Halloween. For example, the angst-Mom will spend several months and the better part of her life savings on birthday activities which her child’s guests complete in two and a half minutes, ignore, or throw up on.

On Halloween, the angst-Mom who refuses to spend $15 on a cheap plastic Miss America or armed turtle costume will cheerfully spend the week’s food budget on fabric and sew non-stop for days to create adorable little animal costumes. 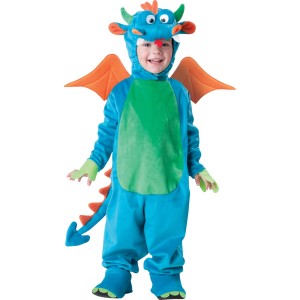 What actually went out trick-or-treating.

As a maternal veteran of ten Halloweens and seventy-six costumes [each of the four kids has at least two costumes per year – the adorable one I create and the one they actually wear], I would like to offer the following Halloween tips:

25 thoughts on “#Halloween Tips From a Bad Mother #SundayBlogShare”