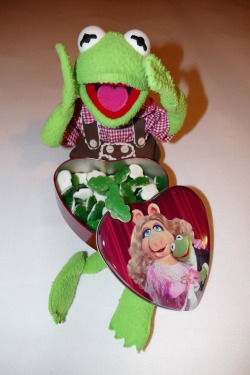 “Miss Piggy’s Rules to Leave By:~Companions: if you’re traveling alone, beware of seatmates who by way of starting a conversation make remarks like, ‘I just have to talk to someone—my teeth are spying on me’ or ‘Did you know squirrels are the devil’s oven mitts?'”—Miss Piggy’s Guide to Life (As Told To Henry Beard), 1981

The Hub’s many and varied complaints about the number of crying children aboard our current flight are a reminder of two things:

So while I’m sipping a surprisingly lovely white wine—bluetooth headphones drowning out both the unrelated children and (with a volume adjustment) seatmate—please let me share a Throwback Thursday recollection of travel in the years AD (After Delivery). 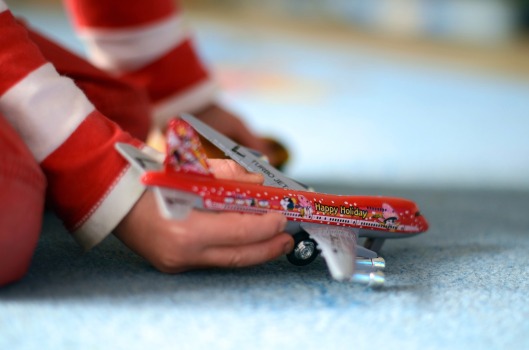 In America there are two classes of travel – first class, and with children.—Robert Benchley

When I was about eight, my older brother decided to explain the theory of relativity to me. A whole year older than me, not only could he do long division, but he could also ask, in French, for the pen of my aunt AND ride his bike with no hands. Einstein’s theories were a snap for him.

He put a red checker on the paper label of my Snow White record (vinyl, because we lived in a cave with our pet dinosaurs roaming outside), and a black checker near the outside edge. “Look, the record spins at the same speed and the checkers each go around together,” he pointed out. “But the black checker has much further to go than the red one. So it must somehow be traveling faster.”

He went into details about time and space, but all I really got from that lesson (besides the scratch that made my record prophetically sing, “Someday my prince will…whistle while I work”) was that time passes more quickly for red checkers, so you should always choose black when you play.

But after a certain plane journey as an adult, I finally understood about relative time. My family and I were trapped on an airplane with a toddler* for what my watch said was three hours, but which lasted about a week and a half.

*[Note #1: A toddler we brought aboard, unfortunately…]

The Clown Troll-Doll-From-Hell was a gift from my sister. I’m pretty sure she’s going to hell herself for that.

Of course, as a used mother, I had brought her little cup, little blanket, and little doll. And all her books, snacks, pacifiers, and toys.** I even had her clown troll-from-hell whose eyes lit up (green) and whose stomach played the most diabolical ear worm of all time, “It’s a small world after all”.

**[Note #2: Clearly, this was a loooooong time ago, as I was actually allowed to bring all of it aboard with me.]

Meanwhile, the three older kids were trying to claim my attention:

Child #3: “How come she gets to sit by the window? I’m probably going to get airsick and barf if I don’t sit by the window, and she’s not even looking out. And what if I really, really hafta do something RIGHT NOW but the Fasten Seatbelts light is on?”

Child #2: “When do they bring the food? Do we have to eat it if it makes us throw up, even if we’re sitting by the window? The stewardess said she would serve cocktails but I don’t like fruit cocktail. How about if I push the emergency button and ask if I can have Jell-O instead.”

Child #1 (waving my credit card): “I’ll just sit over here and call all of my friends on the Air-Phone.”

Thanks to my careful preparation, the baby was able to entertain herself quietly. For about three and a half whole minutes. After that, the Hub and I took turns chasing her up and down the aisles while the pilot explained why we weren’t taking off. On one aisle-dash, a woman stopped me and asked how I managed the twins. “Or do you have triplets?”

When it was the Hub’s turn for chase duty, I sat down for a rest.

Child #3: “Mama how does this airplane work?”

Me (because , and ,  I just had not been getting enough sleep): “Well, it involves Newton’s Three Laws of Motion, the Bernoulli effect, and complex principles of engineering and aerodynamics. You see, first the jet engines start, and they push out air behind the plane. The engines go faster and faster, the whole plane starts to vibrate, and before you know it, our plane starts to taxi away from the terminal.”

Me: “No, then we come to a dead stop at the runway. Meanwhile, air traffic controllers use the latest scientific and computer technology to assign runways and takeoff times.”

Me: At last the plane starts down the runway. As it picks up speed, the dynamic action of the air against the lower surfaces of the wings and the vacuum thus created on the upper side supplies lift, which increases proportionally with the speed of the aircraft until takeoff speed has been achieved.”

Child #1: “Hey, did you know you can buy stuff on this Air-Phone? I got you a box of cigars and some face stuff that’s going to keep you from getting too old, although it might be too late for that.”

Me: “An angel with a black checker holds up each wing.”

For more humor, kids, pets, death, and other (mostly) funny stuff, please check out my book! [click on image for previews, reviews, and buy links from Amazon]