I couldn’t make this stuff up. 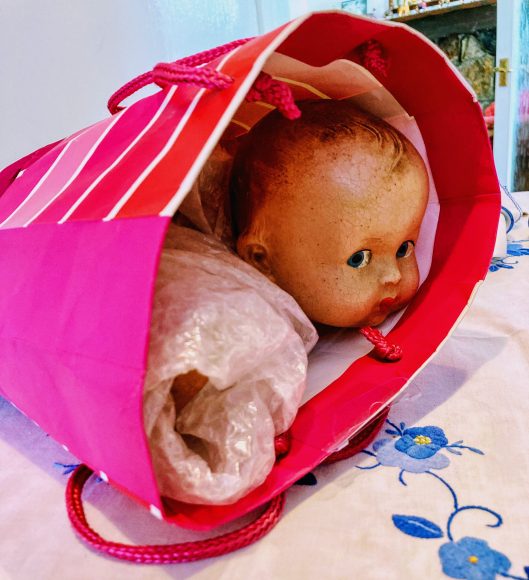 A good friend has a very special doll from her childhood that she would like to display, but its little arms/legs/head are no longer attached. With three daughters, I’ve done a fair amount of doll surgery, so I said I could try to fix it for her. So far so good.

Then I realized I would need a part to hold the head on, so I put in search query “screw type doll head connection.”

The internet was merciless. Now I need to boil my computer. And probably my eyeballs.

After wading through search results for things I NEVER imagined could exist—sex dolls are astonishingly explicit apparently—I finally found the part needed. Only… the actual part is called a SCREWGLE. I hope it comes in a plain brown wrapper.

(You can’t begin to imagine the suggested emails and targeted adverts I’m now getting.)

16 thoughts on “Things to NEVER do on the internet. Ever… #humor #internet”