[NOTE: another repeat post from a few years ago. Because some of us haven’t finished our Christmas shopping. From last year…]

Have you received the traditional Christmas email from relatives and friends telling you how incredibly wonderful that past year has been for them?

Right. That’s why I don’t send them out either.

But maybe it’s time we got even. I’ve created a newsy, personal, generic form email letter. Simply send me the names of your family and your street address, and I’ll insert them into the following letter template.

___Unidentified Person Who Sent Us a Christmas Letter Last Year*. (*Even though we could never figure out who you were, but your letter said you were obviously so wildly successful we may want to borrow money from you soon):

__Loving Family and Friends**. (**As you can see from the following letter, we are wildly successful ourselves this year but we won’t lend you any money so don’t even ask.):

The fabulously successful Karpenagle family here at the impressive Karpenagle house on Maple Street in Champaign, IL, want to wish you a traditional Karpenagle Happy Holidays and New Year. (Not that you could possibly be as merry and happy as we are, of course, but you should never give up hope. Even if the new episodes of Sherlock and a winning lottery ticket are the only hope you have for the coming year…) 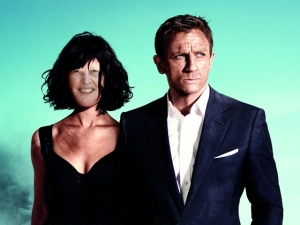 Myra Sue and Wally Sr frequently perform field work on behalf of the Queen. We could tell you about it, but then we’d have to kill you of course.

This year Myra Sue Karpenagle has been balancing her careers as nuclear physicist, fashion model, and mother of four. Her latest redecorating of the tasteful Karpenagle house here on Maple Street in Champaign, IL has been featured in several design magazines, while her selfless volunteer work on behalf of blind baby whales has won her the coveted Champaign, IL PTA Mother-of-the-Year award.

Little Melvin has been scouted, but we feel he should finish the fifth grade before making any decisions on offers.

Wally Karpenagle has been promoted. Again. In his new position, he provides important policy advice to God. In his free time, he coached the little Melvin Karpenagle soccer team to its third consecutive World Championship. Also, he produced enough zucchini in the Karpenagle garden to feed several Third World nations, and published his cookbook, “1001 Things You Never Guessed You Could Do With a Zucchini”, which made the best-seller lists for three months in a row.

Young Wally Jr. Karpenagle is still doing well at the university. As captain, he led their football team to an unprecedented winning season while, of course, maintaining the straight-A average that has just won him a full scholarship to Harvard Medical School and an appearance on the “Wheel of Fortune”.

Luella is focused on her studies. Totally.

Luella Karpenagle has been enjoying her year abroad as a Rhodes Scholar. Her pathbreaking article on the sex life of newts was published in an actual scientific journal and she is negotiating with several major studios for the film rights. 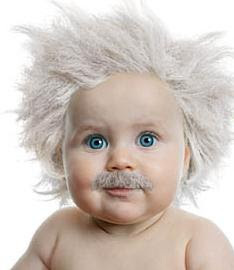 For Halloween little Fionella couldn’t decide between Einstein and Miley, but in the end she went for tradition when we couldn’t figure out how to trick-or-treat with that wrecking ball…

Baby Fionella Karpenagle has, at 9 ½ months, begun talking in full sentences (Russian, French, and English) and is writing novels on the new iPoop Baby Genius tablet. Yesterday she toddled over to the piano and picked out a Mozart concerto, the Goldberg Variations, and an original overture.

We are enclosing some candid shots of the impressive Karpenagle family with friends. (President Obama is the one on the left, behind the Duke and Duchess of Cambridge, and the Pope is the one with the little round hat.)

We in the Karpenagel family in the impressive house here on Maple Street in Champaign, Il hope we have served as an inspiration to you.

Actually, I only send out Christmas letters myself if we have moved recently and people will need the correct address to send gifts and money. This seems, in fact, to be a trend. So far, the only one in our house who has received a Christmas letter is the dog. Of course, she did send out a dynamite Christmas email last year.

18 thoughts on “You call them holiday letters…I call them revenge.”