What’s the best thing about renting a house for the holidays? Between my jeans with stretch lycra and the fact that our AirBnB has no bathroom scale or full-length mirror, I have no idea what damage the holiday meals and desserts have done. So instead of making holiday resolutions that involve exercise classes and food choices for the coming new year, I’m looking back over the past year’s blog posts at what readers preferred most. Here are their top ten most visited choices:

Number 10:  What I did on my excellent India Vacation. Elephant frenzy, parathas, temples, palaces, monkeys, and the kindness of Indian strangers. (For a complete list of all the India trip blogs, click here.)

Number 9:  When does “NO” really mean “YES”? Dear Author-Whose-Book-I’m-Supposed-To-Be-Reviewing-Today: We writers are gods. We can make our characters do anything we want, including taking the time to make sure both partners are on the same page. We can make them say anything we want, such as, “Here’s a safe word.”

By the time my dog was only a few weeks old, she understood what the word “NO” means. I’m guessing your characters could probably understand it too.

Number 8:  What is it about the Trickster? Interview with Sue Vincent plus review of Mister Fox: The Legend  In almost every culture from the very earliest records we have, there are stories of the tricksters who use brains to triumph over larger, stronger, richer foes, frequently to aid people around them. Tricksters from ancient Prometheus—who tricked Zeus, stole fire, and gave it to mortals—to Loki, Anansi, Kokopelli, Lugh, Coyote, Crow, and so many more worked their clever, funny, and often helpful schemes. Authors Sue Vincent and Stuart France have added a page to the trickster legends, and so much more. You can’t read this book as much as experience it. But if you do, you’ll know how art and fire and dance can combine to make magic. And just maybe a sky-full of stars too. 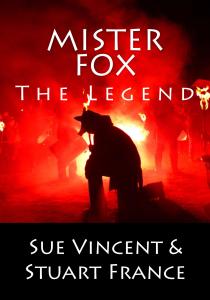 Number 7:  Not the way I planned it. Best holiday ever? “What happened this time?” I haven’t known my friend Catherine that long, but she’s smart so she’s already figured out about my best-laid plans… Well, actually none of my plans are all that well-laid, but that’s only because it really doesn’t matter. They aren’t going to work anyway. And even that doesn’t matter, because the one constant we’ve found in Scotland is that everywhere we go, incredibly nice people help us. And I can blog about it.

We pulled out of the ferry line and steamed over to the Bayview Garage just up the hill. There mechanics Billie (fabulous blue hair), Rob (er…fabulous non-hair), and Ray(?) (fabulous hat) gave us the bad news. The water pump was a goner. [note disgusting, rusted-out POS in Rob’s hand. AKA: the water pump]

Number 5: Should writers be reviewers?  To my surprise, many writers—actually most writers—refuse to review books. Sooner or later, you have to tell someone you know, or even like, that you do not like their book. It’s almost as easy as telling a new parent that you think their baby is ugly.  [click to see poll results!]

Number 4:  Don’t read this review…Go straight out and buy 5-star epic fantasy The Jack of Souls That moment. You know the one… you’ve just read the last page of the last book of your current series-obsession, the one that has been the answer to every spare moment since… hmm… Now what? 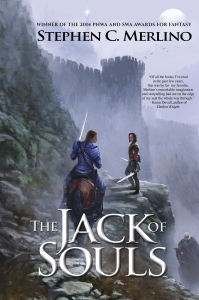 Number 3:  It all comes out in the wash. A few years ago, I made a big mistake: I let my husband move to England before me. By the time I got here, he had already acquired the household basics. “But don’t worry,” he assured me. “I did just what you would do and got them on sale.” Oh, yeah, I was scared too. Luckily, he equated little and cheap with “on sale” so most of the items barely outlasted their six-month warranties… 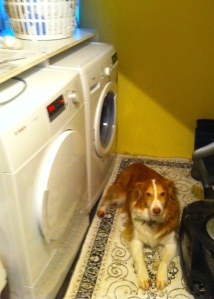 Like my dog, the washer was prone to fits. Every few months, my clothes wrinkler nemesis would regurgitate all the water in its tank, and have to be emptied by hand, usually when something urgent was occurring in the kitchen (like this).

Number 2:  Why I won’t review your book  “But wait,” you say. “Don’t you, O Book Reviewer, have a duty to your review-reading audience to warn them about the books that aren’t good?”  Well, no.

What is the take-away message here? I spend a lot of time doing reviews, but they aren’t the most popular posts. My travel posts on trips to Spain, France, and India get lots of hits. So does my , , bitching about the writing life. But actually? The posts that get the most interest by far are the ones that admit my failures as partner and parent such as this year’s Freshly Pressed number one post, and—a close second in blog hits this year even though it’s several years old!—this one about the Top Ten Reasons Not to Get Married (for women).

Leave the seat up, go to hell.
[If women ran hell.]

You know what that means? I get to spend 2016 bitching, reading, and traveling. And I can blog it!

How about you? Any changes planned for the new year?

Leave a Reply to Smorgasbord - Variety is the Spice of Life. Cancel reply