What makes an amateur detective?

In 1841, Edgar Allen Poe published the first modern detective story, “The Murders in the Rue Morgue”, and introduced the world to the amateur detective. Over the past 175 years, his prototype detective C. August Dupin has spawned crimesolving sleuths from Sherlock Holmes to Miss Marple, Sam Spade, Jack Reacher, and everything in between.

It must be tough to be a Beloved Amateur Detective. Sherlock Holmes, Jack Reacher, Jessica Fletcher, and the rest of the BADs can’t take two steps without stumbling over a corpse. And if the BAD is your significant other/best bud/family member, you are virtually guaranteed either to end up one of the corpses or accused of corpse-making. How did we get so fond of the BADs?

My theory is that in a world full of uncertainties, we love knowing that the BAD will find the clues, solve the mystery, gather the suspects, and unfailingly reveal the guilty. Elementary! 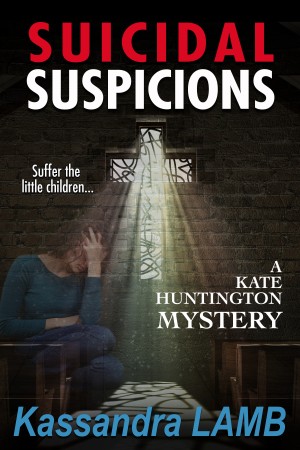 Psychotherapist Kate Huntington is rocked to the core when one of her clients commits suicide. How can this be? The woman, who suffered from bipolar disorder, had been swinging toward a manic state. The client’s family blames Kate and they’re threatening to sue for malpractice. She can’t fault them since she blames herself. How could she have missed the signs?
Searching for answers for herself and the grieving parents, Kate discovers some details that don’t quite fit. Is it possible the client didn’t take her own life, or is that just wishful thinking? Questioning her professional judgement, and at times her own sanity, she feels compelled to investigate. What she finds stirs up her old ambivalence about the Catholic Church. Is her client’s death somehow related to her childhood parish?
When she senses that someone is following her, she wonders if she is truly losing it. Or is she getting dangerously close to someone’s secrets?

My Review: 5 out of 5 stars for Suicidal Suspicions

So what genre of amateur sleuth is Kate Huntington, heroine of Kassandra Lamb’s mystery series?  Kate is a successful psychotherapist, so she’s used to solving the intricate puzzles and decoding the complex barriers set up to protect her patients’ fragile psyches. But Kate isn’t an eccentric little old lady who offers tea and crime solving—although she does have an “aunt” who is one. She’s not a hardboiled private eye—although she’s married to one. Nor is Kate a super sleuth, technology expert, police investigator, or damaged detective—although she has, arguably, assembled a circle of friends that includes all of these and most other detective tropes. 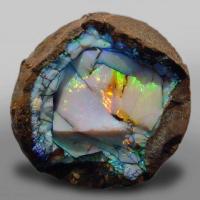 But the one single element these detectives have in common is the ability to ask the right questions. And that’s something that Kate—and her creator—have honed to an art form. Author Kassandra Lamb brings a lifetime of her own psychotherapist career expertise to her Kate Huntington mysteries, as well as a lively appreciation for the individual quirks that make each character unique. In earlier reviews of her work, I’ve called this the geode approach to character development. Just as with a geode that appears to be an ordinary rock, much like those around it, Kate knows that the inside might hide an exquisite jewel. But break it open the wrong way, and you risk irreparable damage. And either way, you have to remember that the stone, once opened, can never be put back together the way it once was. 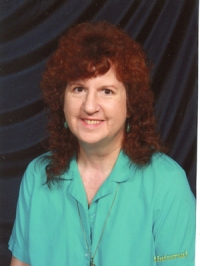 Writing and psychology have always vied for first place on Kassandra
Lamb’s Greatest Passions list. In her youth, she had to decide between
writing and paying the bills. Partial to electricity and food, she
studied psychology. Now retired from a career as a psychotherapist and
college professor, she spends most of her time in an alternate
universe with her protagonist and alter ego, Kate Huntington. The
magic portal to this universe (i.e., her computer) is located in
Florida, where Kassandra’s husband and dog catch occasional glimpses
of her.

Although it includes the same entertaining cast of support characters, Kate’s story takes on a much darker turn in Suicidal Suspicions. With a successful career, a strong marriage, an eclectic and supportive circle of friends, and two beautiful children, Kate’s life should be perfect. But when a patient she thought was stable unexpectedly commits suicide and her distraught parents threaten to sue, Kate’s perfect world starts to crumble. She begins to second guess her professional decisions, and that spills over into her personal life. She finds herself refusing to accept new patients, while her grief and distraction threaten her relationship with her husband and children.

Suicidal Suspicions represents a change from the earlier books in this series. In those, it’s Kate’s ability to assess people and ask the right questions, as well as her group of friends who entertain and thrill as riddles surrounding each mysterious death are unraveled. But in keeping with this book’s darker themes of childhood abuse and trauma, the tone is much more introspective. As a therapist, Kate—and her creator Kassandra Lamb—must obviously deal with the darker sides of relationships and experiences. As a professional, the therapist is supposed to know the answers. What happens when they are forced to question their own knowledge and abilities? For the first time, Kate isn’t on the outside looking at the motives and actions of a murderer, but instead she is questioning her own responsibility for a young woman’s death. “But I’m supposed to try to keep my clients stable enough that they can function in the world, and not become suicidal.”

In Suicidal Suspicions, the mystery has become personal because for the first time, Kate has to question her own role in her patient’s death—in effect, questioning her own identity. Oddly enough, although Kate asks herself whether it’s time to cut back on her career, her reaction instead is to give more of herself and become more involved with her patients.

She bolted after the woman. “Carol, wait.”

Grabbing one of her cards from a holder on the end table, she scribbled her cell phone number on the back, all the while thinking, What am I doing?

She never gave out her personal numbers. She used an answering service as a buffer. Clients called them with an emergency, the service called her, and she called the client back.

She handed the card to Carol. “Just in case,” she said in a low voice so her next client, sitting in a chair a few feet away, couldn’t hear her.

For me, the darker themes of child abuse and clergy involvement made Suicidal Suspicions a more difficult read than the earlier books in the series. Although all of the other Kate Huntington mysteries can be read as stand alones, in this case I think it’s important to have a broader background, sense of the characters, and appreciation for the way Kate herself has grown and changed over the years. That bigger picture rounds out the introspection and self-doubt that are the true enemy Kate must battle as she realizes she’s the only one in a position to discover what really happened to her patient.

If I hadn’t read the other books in the series, my rating would have been lower due to the dark nature of the questions raised in Suicidal Suspicions. But with the background of a story arc developed over years in Kate’s life, I wouldn’t hesitate to give five stars and recommend this book. Just do yourself a huge favor and read some of the earlier volumes first.