How can you tell if you are a heroine in a gothic novel?

In 1764, Horace Walpole’s The Castle of Otranto was published and the world of genre fiction was born.

Still not sure? Check out how this works in my mini-gothic below. 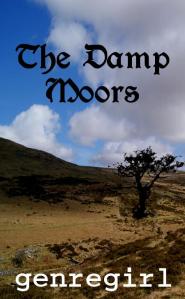 Guy Hero is a sympathetic and witty orphan raised by a dastardly mouth-breather stable hand. Eventually he gets a job working as a racehorse trainer for the honorable Lady Marysue of Marysue Manor. The unlikely couple rapidly succumbs to a night of unrestrained lusty passion in which Guy kisses Lady Marysue’s hand. Twice.

On the day of their wedding, an insane fingernail-biting butler escapes from the attic of Marysue Manor and starts a fire. Believing that Lady Marysue is dead, Guy flees from the church and wanders the damp moors in the rain for days, racked with pollen allergies because he forgot to bring his inhaler during his flight, until he is rescued by a modest beach chair stacker, who always has a few spare inhalers when she hits the moors.

However, although Lady Marysue is blinded by the fire, she still breathes. Without Guy she becomes unspeakably cruel and controlling. She turns to alcohol for comfort. The ghost of the butler from the attic haunts her.

Meanwhile, thinking Lady Marysue is dead, Guy accepts a marriage proposal from his savior, the beach chair stacker. However, one night he believes he can hear Lady Marysue calling, “Oh, my erstwhile blessed muse who ever guided the lost ramblings of my spirit and anchored my trembling soul, why can you not sense my tremulous essence and comfort me?” [translation for those who don’t speak fluent gothic: “Guy, haul your kiester back here now!”] and he returns to Marysue Manor.

On Guy’s return, he finds Lady Marysue drunk and sightless. Mistaking him for the ghost of the fingernail-biting butler, she attacks him with the sling-shot that belonged to the insane fingernail-biting (dead) butler, and Guy Hero dies.

As she attends to the body, Lady Marysue realizes what she has done. Driven mad with guilt, she hatches a plan to destroy the next generation by supporting far-right authoritarian political candidates with reactionary social agendas. But then she remembers that she and Guy never got around to reproducing, so she dies of consumption two weeks later.

Why would I care about this? I just read the latest book in Shawna Reppart’s Ravensblood series.  In my review here of Raven’s Wing last year, I said that Books 1-2 represent a letter-perfect modern application of the gothic novel form. So I was curious to see what direction her new release, Raven’s Heart,  would take. I was surprised and delighted by the results! (Check out my review here.)

7 thoughts on “Are you a heroine in a gothic novel?”