“Indeed, in many respects, she was quite English, and was an excellent example of the fact that we have really everything in common with America nowadays, except, of course, language.”—Oscar Wilde, The Canterville Ghost, 1887

I used to say I was going to open a coffee shop on an island when I retired. It would, of course, not be a good coffee shop. (I was picturing a Mr. Coffee with some generic grind right out of a can.) That way I would have plenty of time to write trashy novels without constant  er… customers. 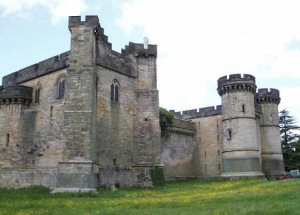 A few years ago, we actually made it to the island, although it’s a bit bigger than I expected. We moved into one tower of a medieval castle in England. There was no coffee shop, although a few Wednesdays each month I did take my turn making tea and coffee for that most sacred of institutions, Village Coffee Morning. I couldn’t make the de rigueur scones, but my neighbors were polite about eating the strange American puddings I brought in. (translation: In England, pudding = dessert. Actual American pudding has another name here: baby food.)

Americans sit on their buns, and sometimes their ass, while here in England buns are eaten and one’s sitter is an arse. 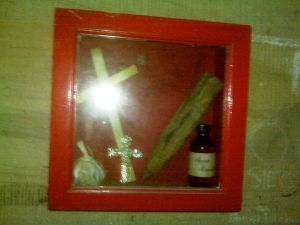 Of course, I had to learn a new language. Here pants are something men wear under their trousers. Women might get what they wear underneath—knickers—in a twist if you talk about your pants. In England, a bum goes under your pants or knickers, while in America that activity would certainly get the person going through the dumpster (skip) arrested. Americans sit on their buns, and sometimes their ass, while here in England buns are eaten and one’s sitter is an arse (and, often, one’s political representative as well). Jumpers aren’t just worn by little girls in kindergarten; grown men get them from their Mum at Christmas and have been known to wear them in public (although Americans think they’re wearing sweaters).  The signs tacked up everywhere advertising boot sales don’t refer to an unexpected surfeit of footgear, but to things being sold out of the part of the car where Americans would expect to store their spare tire (tyre) and the three bags of old clothing they keep meaning to drop off at the Goodwill.

If you pop (in England you get to pop over to places) into the local shop (no stores here) for a flashlight, you might, as I did, find yourself in the electronics section being offered a flash drive instead of what you came for, a torch. And if you do manage to find the torch section, you’ll put it into your trolley (no shopping carts), along with your jam (jelly = jello) and biscuits (cookies), and then take it on the lift (elevator) to the carpark (parking lot). Before you leave, you return the trolley to ransom the £1 coin you had to fork over to unlock said trolley. 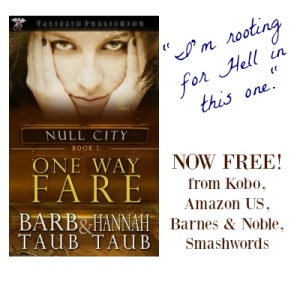 Although I’m still learning the language, I did get a Mr. Coffee, and I got together with my teenage daughter to produce that first novel, One Way Fare. Since starting this blog, we’ve moved to the Hobbit House in Glasgow, I’ve started learning a foreign language (Glaswegian or Weegie), and published five books. Book #6 will be released later this year, and #7 is in the works. (My Books)

Meanwhile, if you’re going to be in the UK, please look me up. You’ll just need to survive driving on wrong side of the road whilst (you get to say whilst here) shifting with the wrong hand, and roundabouts whose main function is to trap unwary Americans, who have been known to circle that big one just outside of Heathrow until their rental cars run out of petrol (gas). Head north until you see kilts, and stop when you smell the haggis.  I’ll put the kettle on and we’ll have a cuppa. Or what the hell… Let’s go and get pissed. [Pissed = drunk in the UK, angry in the US, a normal Saturday night in Scotland…]

49 thoughts on “Separated by a common language”